The Killibrew Sisters are back

Life has changed a lot since I wrote Trade Secrets and Family Matters early in my career as a published author, but Juniper and Sage Killibrew and their adventures are as much fun as ever. I’m delighted these two short, classic romances are now available as eBooks.

As Harlequin put it when Trade Secrets was first published, “Carla Neggers is one of seven children, so she knows all about the ties that bind. Which could be why she handles the family shenanigans in Trade Secrets with such aplomb.”

I wrote Family Matters amid two moves and the birth of my son, now a web developer in Boston. Time does fly!

I hope you enjoy these stories of romance, adventure and humor. 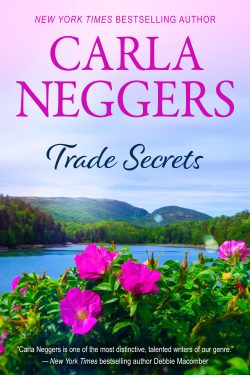 “It’s the fate of Killibrew women to fall for rogues.”

So pronounces Juniper Killibrew’s eccentric great-aunt. Juniper sees herself as the sensible Killibrew, the steady hand behind her family firm. Until Cal Gilliam turns up. He’s the surprise new owner of Killibrew Traders, a rogue of a man if there ever was one. And a challenge as he sets his mind on getting her to stay on…and to win her heart.

Is Juniper about to discover she’s more of a Killibrew than she’s ever thought? 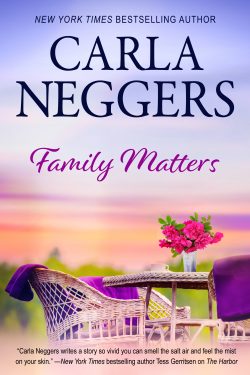 When Sage Killibrew’s grandfather contacts her with an urgent mission, the adventurer in her is intrigued. She hasn’t seen him in years. Why now? Uncertain of her own feelings about seeing him again, she agrees to meet. Instead she finds herself face-to-face—and toe-to-toe—with sexy, ungrandfatherly Jackson Kirk. It’s no surprise she’s attracted to him. After all, her great-aunt warned her it’s the fate of Killibrew women to fall for rogues.

On an urgent mission of his own, Jackson doesn’t want to get involved with Sage, but once he sets eyes on her, he knows it’s too late. And so does she…

Note that Trade Secrets is just $2.99 for a limited time.