A special giveaway to celebrate 10 years of Sharpe and Donovan! 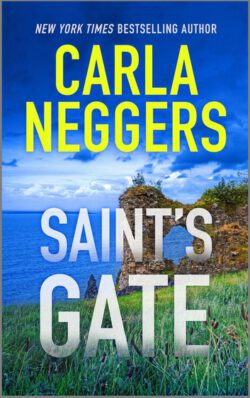 We’re breaking out the Irish whiskey here and hosting a special giveaway to celebrate the tenth anniversary of my Sharpe and Donovan series. Saint’s Gate hit stores on August 23, 2011. It’s the first book featuring Emma Sharpe, Colin Donovan, their families, colleagues and friends. They’ve gone on to many adventures since then, taking us right along with them.

Be sure to enter the giveaway by the end of September for a chance to win signed copies of all the books in the series so far, as well as goodies from Boston, Maine and Ireland. I’m still in the process of selecting the goodies. Check back for updates!

My book tour for Saint’s Gate was memorable, to say the least. It started in Savannah as that beautiful city closely watched Hurricane Irene’s track. By the time I reached Nashville, Irene had bypassed Savannah and was on its way up the East Coast. Would it strike New England? I enjoyed Nashville and headed to Columbus, Ohio, my last stop. When I got to my hotel, I turned on the TV to images of Irene’s devastating flash flooding in Vermont. There on the screen was my local bridge—one we cross daily—getting torn up by raging river water.

When I flew back to Boston, the car my publisher arranged to pick me up wasn’t sure they’d be able to get me home given the damage. But we made it, and I’m so grateful for all the help Vermont received in Irene’s aftermath. A year-plus later we had a new bridge!

You can read here how a writing retreat in southwest Ireland helped me create the elusive Finian Bracken, a widower, Irish priest and whiskey man who first appears in Saint’s Gate.

I’m (still!) working on the next up in the series, Return to Declan’s Cross.

A huge thank you to all the readers who’ve enjoyed this series. I’ve always loved to dive into a good book, perhaps now more than ever.